Skip to main content
•
07 Jan 2019
The New Women In Congress
The 2018 midterm elections saw a record-breaking number of women elected into Congress, making it one of the most diverse groups of politicians in American history. This is only the start of a revolution. With more women from all backgrounds and varying experiences that they can bring to the House 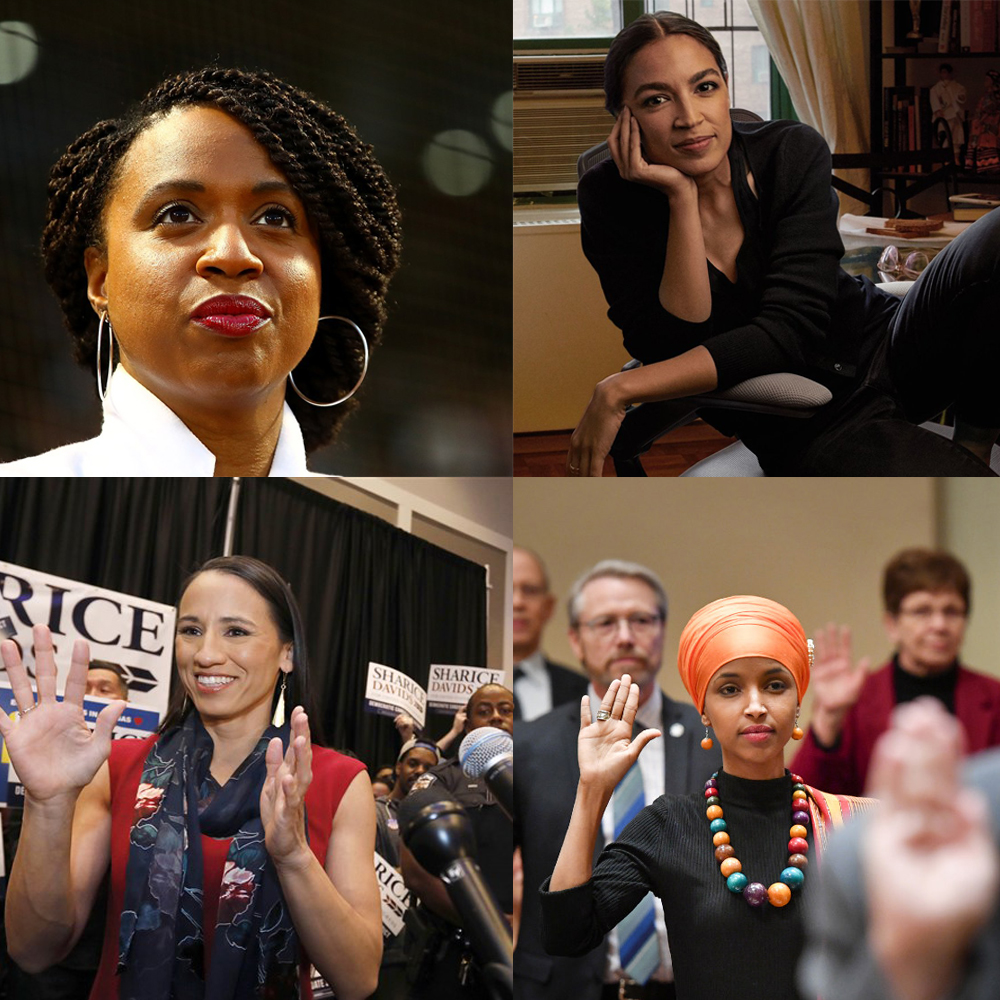 The 2018 midterm elections saw a record-breaking number of women elected into Congress, making it one of the most diverse groups of politicians in American history. This is only the start of a revolution. With more women from all backgrounds and varying experiences that they can bring to the House, the path for a more intersectional future looks bright. One of the new Congresswomen is an indigenous woman with a law background, one a Latinx woman who has firsthand experience in income inequality, another a Somali American who is a Democratic-Farmer-Labor party member, and another the founder of the Committee on Healthy Women, Families, and Communities. Below is a more in-depth look into these politicians and what you can look forward to from them in the near future.

Sharice Davids is the first openly LGBTQ+ person elected to Congress from Kansas and one of the first Native American women elected to Congress. She is a member of the Ho-Chunk Nation and uses her experience as a Native and Lesbian woman has shaped her platform for fighting for minorities’ rights.
Having had a fellowship during Barack Obama’s transition out of office, Davids knows how critical a time for all of us to take action. She is an alum of Cornell’s law program and has experience as an economic advisor and advocate. She has lived and worked on reservations, creating more economic opportunities and development for their inhabitants.

Protecting the environment is a key issue being addressed right away by many politicians, especially as the Paris Agreement announced immediate actions needed for a sustainable future. Davids believes that Kansas needs to transfer towards total wind energy, as the region has some of the highest wind production potential in the world. She wants to protect natural resources and the environment as they are necessary for a sustainable future.

Davids understands that building a better future starts with education. She believes that every child should have access to a quality public education regardless of their zip code. She also promotes organizations that encourage and facilitate the needs for obtaining a higher education.

Davids is a big supporter for equal rights that we are protected under law. A violation of this protection is the restrictions and access to the ballot box, which Davids plans to combat. She also supports full civil rights protections for members of the LGBT+ community.

Alexandria Ocasio-Cortez has broken titles by becoming the youngest woman ever elected to Congress at 29 years old. The Bronx native has been regarded for her groundwork in the community while her family suffered from the loss of their father during the 2008 recession. Ocasio-Cortez then took on two jobs with 18 hour shifts as the reality of income inequality set in. Using her personal experience working for the late Ted Kennedy and studying economics and international relations at Boston University, she is ready to make big changes for underrepresented communities.
Ocasio-Cortez is using social media to make a direct impact as she shares stories of what her daily work life looks like. After sharing a photograph of her worn out campaign shoes- now on exhibition at Cornell Costume Collections “Women Empowered: Fashion from the Frontline”- she is also proving that groundwork is the most vital part to connecting to the people our public servants are representing. There is no doubt that she is ready to take immediate actions for a better future.

Ocasio-Cortez supports the Improved Medicare for All Act which calls for a universal healthcare system. This allows for full vision, dental, and mental health care rather than only covering a yearly physical checkup.

It is evident that America has a gun issue that we need politicians to address. Ocasio-Cortez acknowledges this reality and opposes the NRA noting that they are an organization behind this issue. She aims to make the Federal Assault Weapons Ban stronger and permanent and mandate universal background checks. She also notes that victims of domestic abuse are often targeted by their abusers and campaigns for abusers and stalkers surrendering all their firearms.

Ocasio-Cortez is an intersectional feminist, looking for human rights for all women; Native, Black, Muslim, disabled, immigrant, working class, all women. She labors for increasing equal pay and full healthcare access, as well as stopping the criminalization of sex workers. Ocasio-Cortez also believes reproductive rights are a human right that affect especially marginalized women. She does not support any cuts on reproductive health access, birth control, HIV/AIDS care, or medically accurate sex education.

Ilhan Omar became interested in politics at a young age, being a Somalian refugee in Minneapolis and being exposed to grassroots-level activism at 14. Through her experience as an award-winning human rights advocate and impressive legislative background, she has become the first Muslim former refugee elected to Congress and the first women of color to represent Minnesota.

Omar recognizes that Immigrations and Custom Enforcement (ICE) is an unjust organization that treats migrants and refugees as criminals instead of welcoming them to the country. She plans on ending all inhumane detention and deportation centers and prosecuting officials who have been accused of any abuse to people in these centers. She also lobbies for protecting sanctuary cities and creating an accessible way for legal status and citizenship for undocumented people in the United States.

The arts and humanities are subjects that are an important part of our culture, yet are usually targets for budget cuts. Omar understands how important the arts are for a community to thrive and how vital it is for today and the future. She plans to build systems to help artists and creatives thrive, rather than let them go unsupported.

People of the LGBT+ community are often victims of homelessness, violence and harassment, and bigotry. Omar plans on tackling these systemic issues by protecting the youth in the community, by supporting mental health services geared for LGBT+ youth and ensuring affordable housing for them. She also lobbies for strengthening national protection against gender identity and sexual orientation discrimination that is experienced in all parts of daily life.

Ayanna Pressley made waves as the first women of color elected to the Boston City Council in 2009, and is now a Congresswoman representing Massachusett’s seventh disctrict. Being raised by an activist mother, Pressley grew up understanding how vital a role government should play in helping communities. She has established the Committee on Healthy Women, Families, and Communities which addresses issues facing

Help for Survivors of Violence and Abuse

Violence and abuse comes in many forms- domestic, sexual, and targeting certain groups of people. Pressley aims to help those dealing with trauma, especially as marginalized people are less likely to have the resources they need. She supports the Fair Housing for Domestic Violence and Sexual Assault Survivors Act of 2017, which does not allow for discrimination landlords can have against survivors looking for housing. Pressley also supports paid safe days, for victims to have time off to deal with their psychological and mental health.

Pressley recognizes that people of color are disproportionately imprisoned in the criminal justice system. She looks at the social issues that cause an uneasy break from the system- income, housing, and education inequality. From this stance, she advocates for a stop the cash bail system as it has immediate effects on low income people, stop the racist practices of prison reform were African Americans and Latinos are more likely to be convicted and sentenced longer than those who are white, and legalize marijuana and remove it from the DEA’s list of controlled substances.

Having a long experience in advocating for women’s rights, Pressley looks for a future where all women and girls, especially those who are marginalized, have equal opportunity. She pushes for an end to the pay gap, as white women earn 76 cents of a dollar that a white man earns, and women of color even less. She also supports a nationally covered paid maternity leave and create more accessible ways for childcare support. Pressley also stands against the discrimination many women of color are faced with in the education system. She pushes for the U.S. Department of Education to share the best practices to end the school to prison pipeline, as well as supporting women of color looking to go into the STEM field with adding more programs aimed at these subjects in schools.
ayannapressley.com

While these are just four of the women who are taking a stand as new members of Congress, there are now 118 women set to fill seats after the 2018 midterm election. This only goes to prove that after the 2016 presidential election, we did not let hateful words and inhumane practices from our leaders stop us. Instead women, people of color, members of the LGBT+ community, and other minorities were fueled the fire to fight back. We still have a long way to go to fight and protect our rights- and Congresswomen like Sharice Davids, Alexandria Ocasio-Cortez, Ilhan Omar, and Ayanna Pressley are glances into what our future will be when we come together and share our experiences as a diverse country. 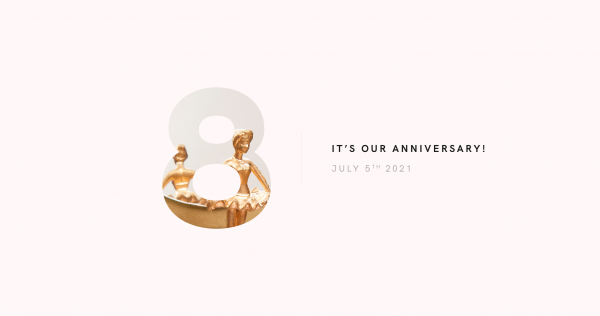 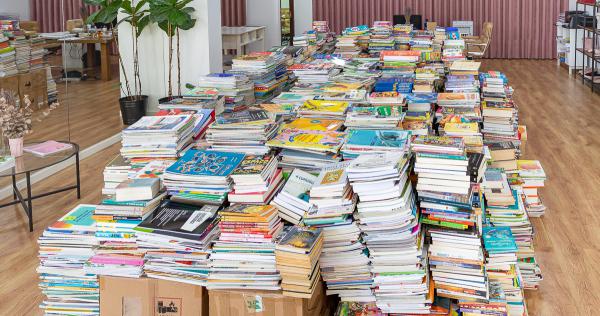