The first woman to fly over the Atlantic Ocean, Amelia Earhart, is an icon of female empowerment, and one of our greatest inspirations. Josefinas Amelia highlight her courage, activism, and fight for women's rights. 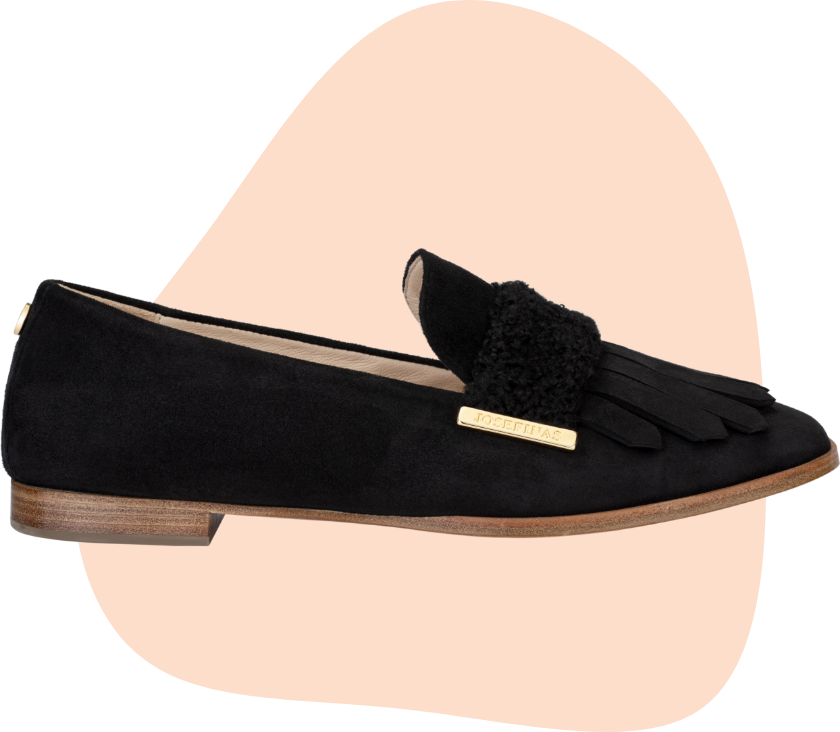 The straps in faux shearling fur remind us of the collars of jackets traditionally worn by aviators.

The fringes and the square front give elegance and modernity to the footwear that will accompany you in many achievements. 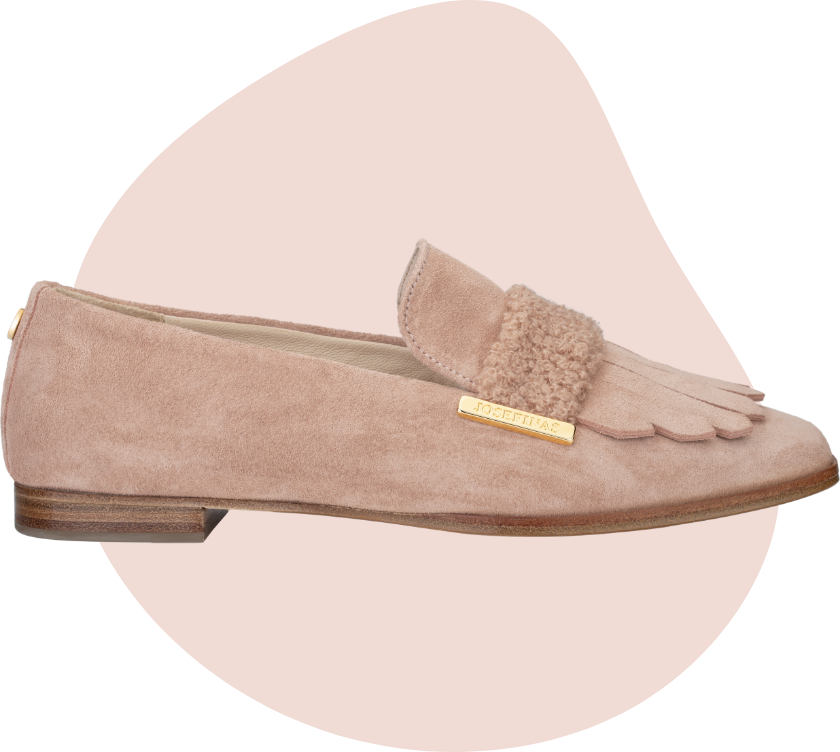 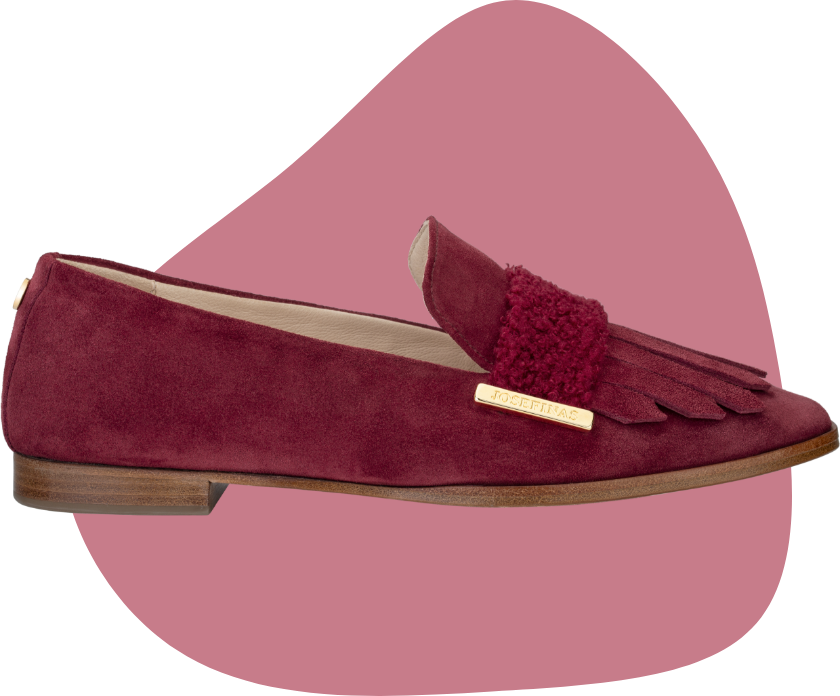 The gold metal details are the perfect finishing touch, whether in a more classic context or a more casual setting.

The most difficult thing is the decision to act, the rest is merely tenacity. The fears are paper tigers. You can do anything you decide to do. You can act to change and control your life and the procedure. The process is its own reward. 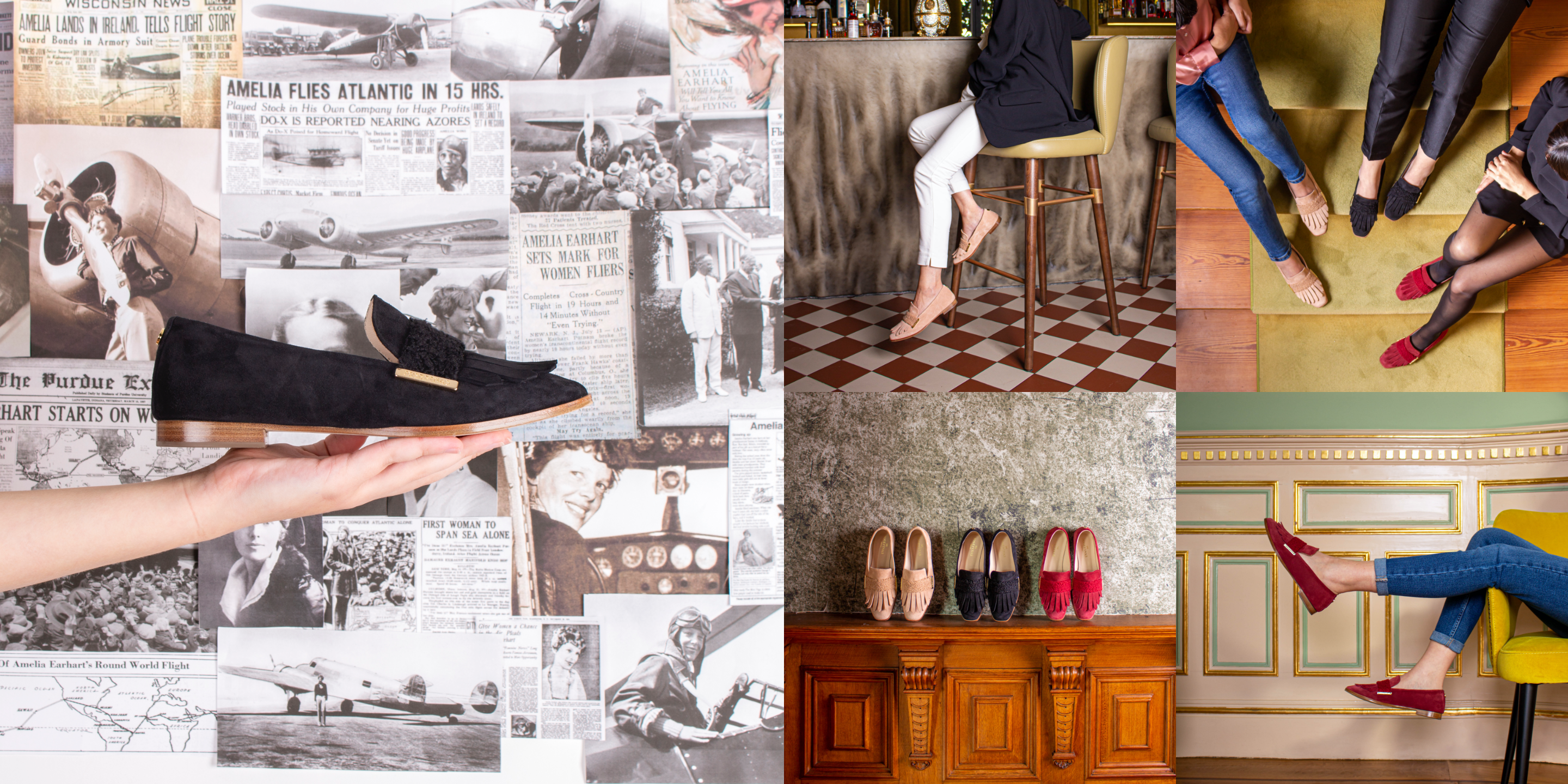 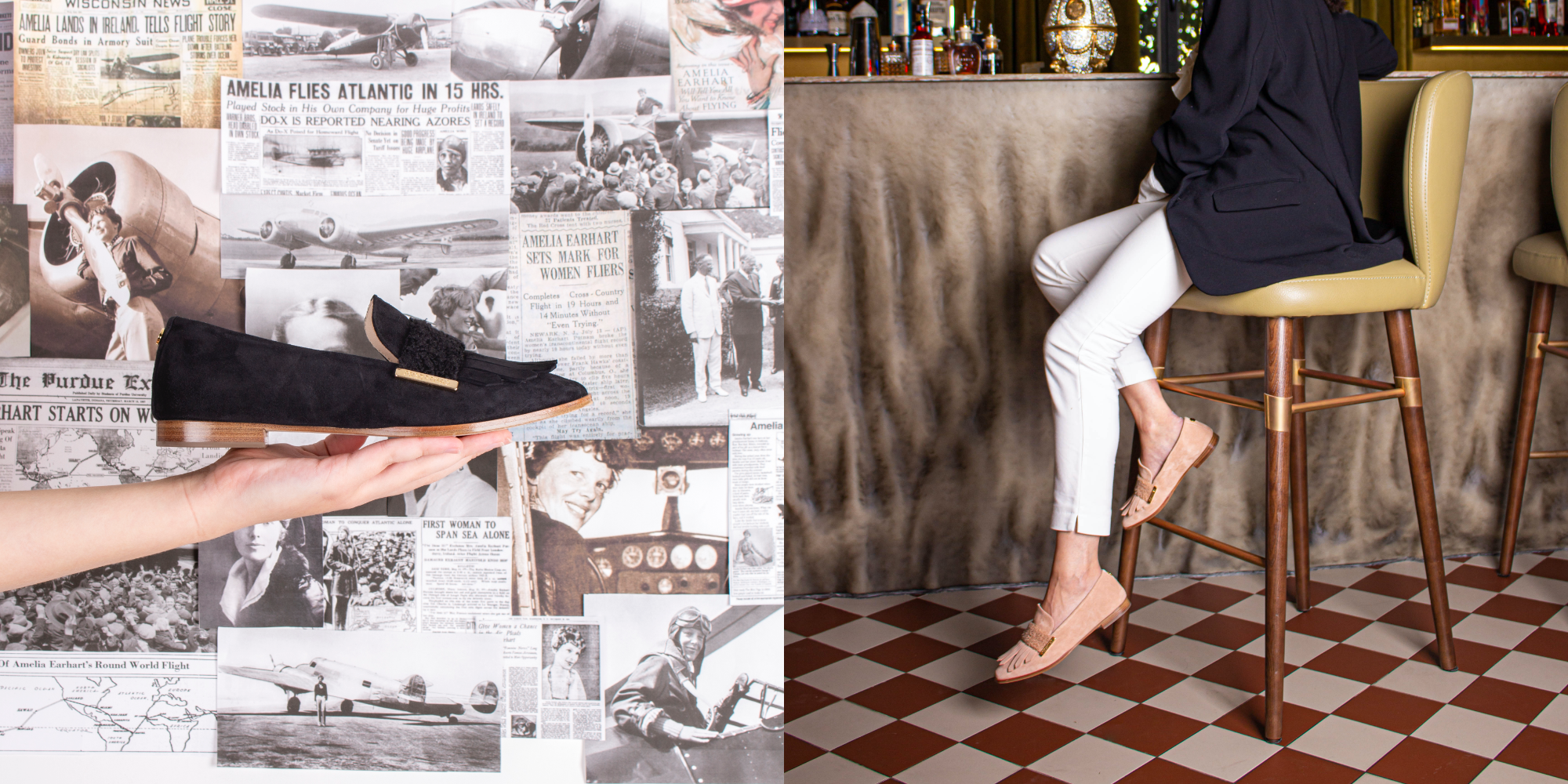 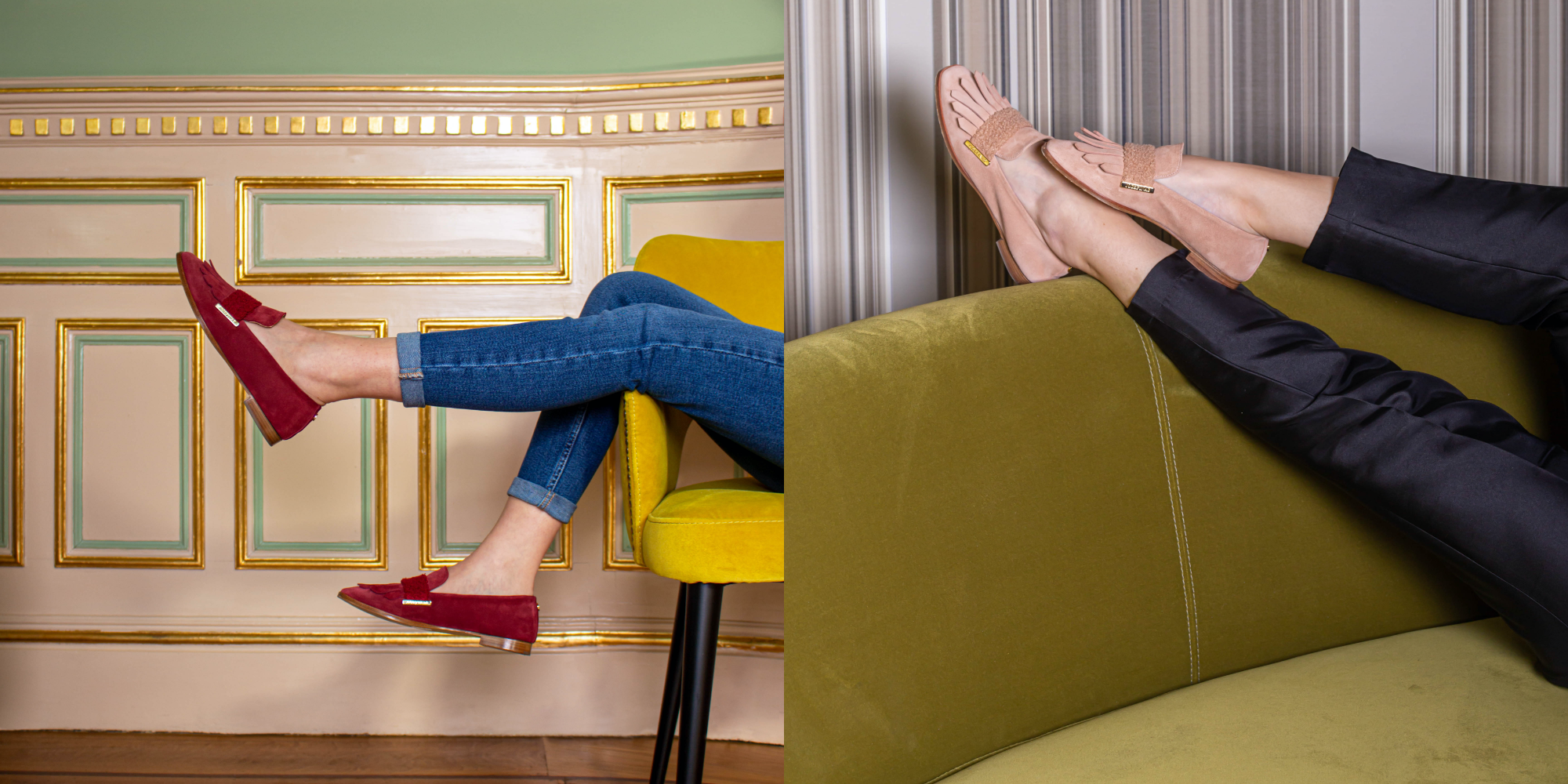 An activist for women's rights, Amelia Mary Earhart made history as the first woman to make a transatlantic flight and receive a medal (“The Distinguished Flying Cross”) for this achievement.

The extraordinary achievements of Amelia, passionate about the world of aviation and a dedicated reader, were part of her whole life.

In addition to being a nurse during the pandemic period caused by the Spanish Flu of 1918, Earhart wrote several books on flight experiences, formed organizations for women wishing to enter the world of aviation, was associate editor of Cosmopolitan magazine, won several World Records, worked as a contributor to several newspapers with the aim of promoting aviation and equal rights, launched a clothing brand and a collection of travel bags, created the first regional travel service between New York and Washington DC, was vice-president National Airways... And the list goes on and on.

Amelia Earhart disappeared near the Howland Island in the Pacific Ocean while trying to make a round-the-world flight. However, her legacy and successes are still mentioned, and they are an inspiration to thousands of people around the world. 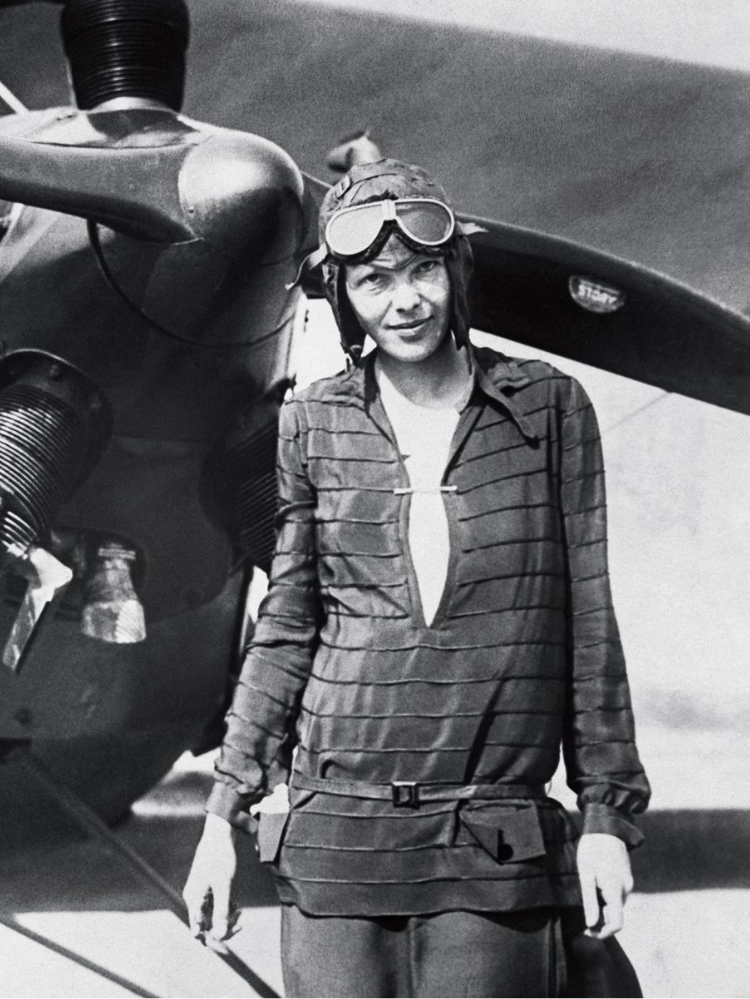