Skip to main content
Women Empowerment
•
10 Apr 2018
Famous Power Sisters you should know
You know the saying: sisters who support one another, stay together? These celebrity sisters are great examples of this adage! Besides being famous sisters, they are also sisters who are an inspiration because of everything they’ve achieved. Sharing the limelight with your sister may seem complicated, but the truth is 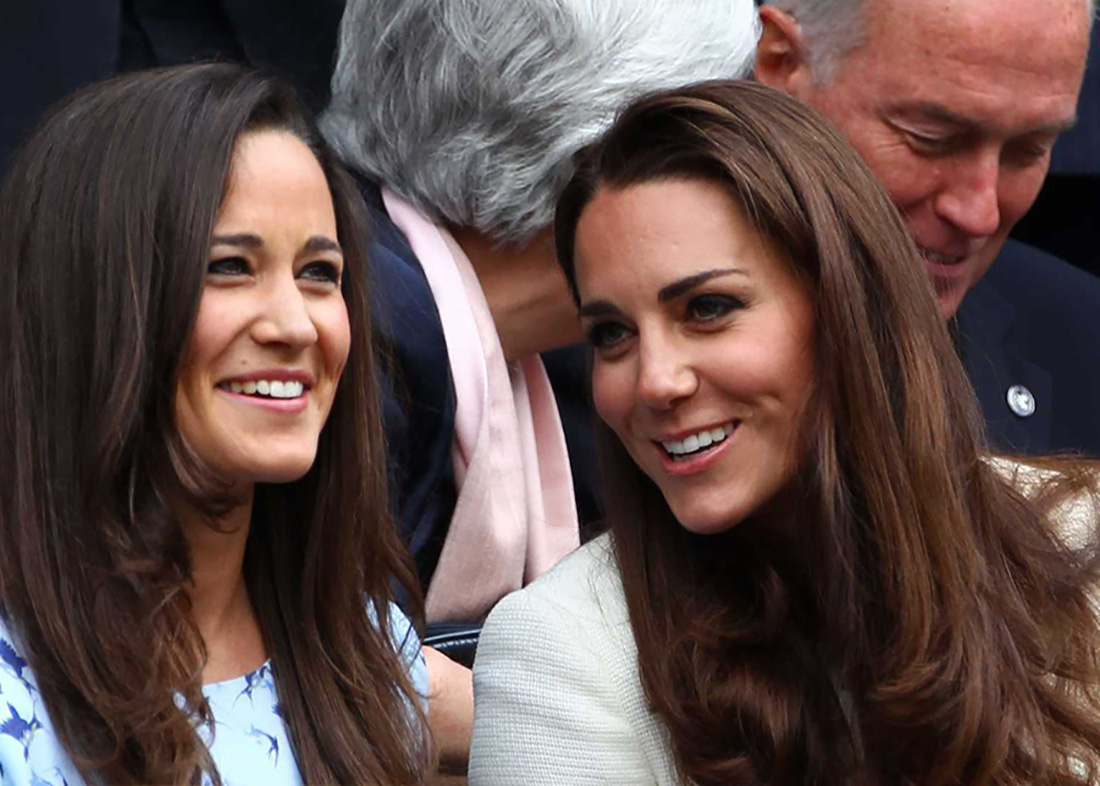 You know the saying: sisters who support one another, stay together? These celebrity sisters are great examples of this adage!
Besides being famous sisters, they are also sisters who are an inspiration because of everything they’ve achieved. Sharing the limelight with your sister may seem complicated, but the truth is that these siblings are an example that together they are even stronger.
Whether you have one sister or more, don’t forget that together you can achieve so much, and that there is nothing more special than a blood bond. Sisters have a way of motivating each other that many other bonds simply do not: that’s their secret power.

Even though they have been in front of the cameras since they were nine months old, these twin sisters managed to overcome all the obstacles and difficulties that fame sometimes represents for children and create a multi-million dollar empire. From the merchandising created around their image to their luxury brand The Row, these two fashionistas have proven that inside the competitive world of fashion and stardom, staying together has brought them great success. Their younger sister, Elizabeth Olsen, is also rocking it in the acting world.

2. Paris and Nicky Hilton
Fame came with their last name, Hilton, followed by a phase associated to a more superfluous lifestyle. However, both managed per se to create an empire that registers $10 million in annual profits.

3. Sasha and Malia Obama
Thanks to their famous mom and dad, this pair of sisters became well-known not because of an extravagant lifestyle, but because of the simple, family-oriented way of life they lived while their parents governed the United States. Their modest personalities are the dream of many parents – who wouldn’t want to see their teenage daughters have this kind of exemplary behavior?

4. Emily, Charlotte and Anne Bronte
Authors of some of the most well-known books written in the English language, these writer sisters are an inspiration. They worked by candlelight and brought to life such famous works as Jane Eyre, written by Charlotte Bronte; Wuthering Heights, written by Emily Bronte; and The Tenant of Wildfell, written by Anne Bronte.

5. Kourtney, Khloe and Kim Kardashian
This trio of sisters of Armenian descent took over American reality TV. It seems that what gave them great and decisive advantages were their profiles, which had nothing to do with famous socialites. Kim Kardashian took the concept of celebrity even further when she revealed an intimate video that skyrocketed her name. Together, these sisters have built a million-dollar empire ranging from clothing stores, product licensing, fragrances and supplements to books.

6. Serena and Venus Williams
Since they were young, these sisters were trained by their parents until they became tennis stars. At age 17, Serena won the U.S. Open and her sister Venus won Wimbledon the following year. This pair gave women athletes pure self-confidence, showing that a woman athlete is just as feminine as one who is not. Currently, these sisters have other businesses, including a fashion and an interior décor line.

7. Solange and Beyoncé
Since childhood, Beyoncé and her younger sister have been well on their way to success, a path prepared early on by their father Matthew Knowles and their mother Tina Knowles. Both were part of the famous band Destiny's Child (composed by Beyoncé, Kelly Rowland and Michelle Williams) also managed by their father. These days, both write and compose their own music. Solange and Beyoncé have had several movie roles, which just means that these sisters are true performers. Both support each other's careers and are an example of a united family.

8. Pippa and Kate Middleton
In 2011, the world became fascinated not only by Kate Middleton, who married Prince William, but also by Pippa, her younger sister. Pippa was Kate's maid of honor and was in the spotlight almost as much as her sister during the most famous royal wedding of recent times. This sister duo is very close, and the Duchess of Cambridge sees her younger sister as a close confidant. In an interview with NBC Pippa said: "We are very close and support each other and always ask each other's opinion”.

9. Poppy, Cara and Chloe Delevingne
These 3 sisters, descendants of British royalty, born and raised in a world of privilege, are very united and we can see them together at the posh parties of Mayfair. Cara Delevingne was considered one of the most talented models of recent times, but lately she has dedicated her efforts to a career in acting. Poppy is also a model and an aspiring actress, but her true passion is music. Chloe has always maintained a more low profile, but is extremely vocal in the cause that she defends: gynecological cancer.

10. Stella and Mary McCartney
Stella McCartney and her sister Mary are both daughters of the famous Paul McCartney and his wife Linda. While Stella is a renowned designer, Mary shines in the world of photography. Recently, Mary used photography in a line of luxury scarves. They support each other’s projects mutually and Mary has said: "One of my favorite things is a black dress made by my sister. It has traveled the world with me".

11. Este, Danielle and Alana Haim
The 3 Californian rock and roll sisters, creators of the soft-rock band Haim, have overcome many obstacles on their road to success, and the journey just brought the sisters closer together. The fact that they’re 3 women in the music industry, who never gave up and stayed united, led them to the success they enjoy today.

12. Jane and Aerin Lauder
Descendants of one of the wealthiest families in the United States, these sisters are Estée Lauder’s heirs and granddaughters. After modernizing Estée Lauder, Aerin created her own lifestyle brand with the same name, which is a major success. Both share the legacy and the role of executives at Estée Lauder.

13. Anne, Susan and Janet Wojcicki
These 3 sisters are the daughters of Stanislaw Wojcicki, a Polish boy who ran from World War II with his mother, and Esther Hochman, their mother. They were all born in California: Susan is CEO of YouTube; Janet, a university professor and pediatrician; and Anne is CEO of 23andMe. They consider each other their best friends, inspire one another, and often display their good humor and how much their parents unite them.

15. Zooey and Emily Deschanel
This is, without a doubt, one of the sweetest sister duos around. Zooey is famous for her role in the television series New Girl and Emily for her role in Bones. In addition to their acting careers, Emily is an animal rights activist and philanthropist; and Zooey expresses her feminism through her website HelloGiggles. They are very close and live out their passions with charming wit.

16. Penélope and Mónica Cruz
Penélope is a super Hollywood actress and her sister Mónica isn’t shy around the limelight either. They’ve proved time and again that they work together very well on projects such as designing lingerie for the brand L'Agent by Agent Provocateur, as well as on special collections for the Spanish brand Mango.

17. Kate and Laura Mulleavy
California born sisters Kate and Laura founded the famous fashion brand Rodarte together, after completing their degrees. The brand’s name is in honor of their mother’s Spanish maiden name and side by side they’ve conquered undeniable international success.

18. Elle and Dakota Fanning
Elle Fanning is Dakota Fanning's younger sister, but she’s no less famous. Dakota began her career as an actress when she was a child and at 7 years of age she was already recognized by her peers as an undeniable talent. When Elle was 3 years old, she too was already an actress. About her relationship with her sister, Elle commented: "We are normal sisters. We go to school and have fun together".

19. Sienna and Savannah Miller
Sienna is known for her acting career, with roles in movies such as Layer Cake. Savannah is a designer. In 2007, the sisters joined forces and created their Twenty8Twelve line.

20. Georgia May and Lizzie Jagger
Georgia May and Lizzie Jagger are daughters of the famous couple Mia and Mick Jagger. Both are nicknamed "it-girls" and share their fame in a sisterly fashion. Their style doesn’t go unnoticed to anyone. Inspired by their mother, they followed her footsteps into the fashion world: first Lizzie, who is also an actress, and then Georgia. This sister duo’s rock and roll style is unmistakable.

10 more sisters you should get to know: 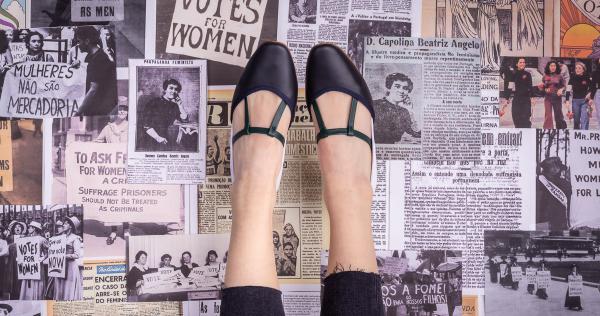 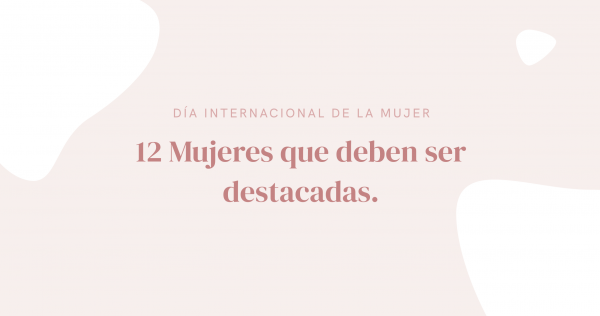 Women Empowerment
•
08 Mar 2021
12 Portuguese Women who deserve to be highlighted
On March 8, 2021 we once again celebrate International Women's Day. 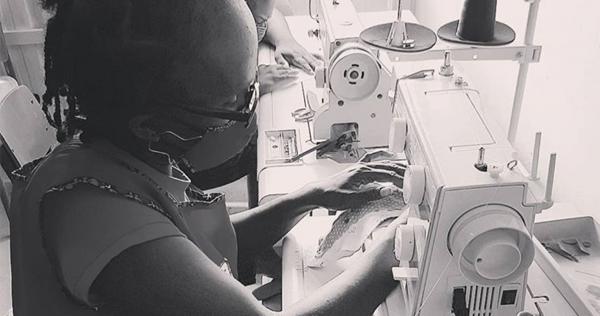 Women Empowerment
•
25 Sep 2020
Let’s change the lives of these women?
It’s time to guarantee dignity to women and to end the inequalities!