Skip to main content
•
25 Mar 2022
3 women who changed the history of sports
Who were the women who lent their names to the new Josefinas' sneakers? 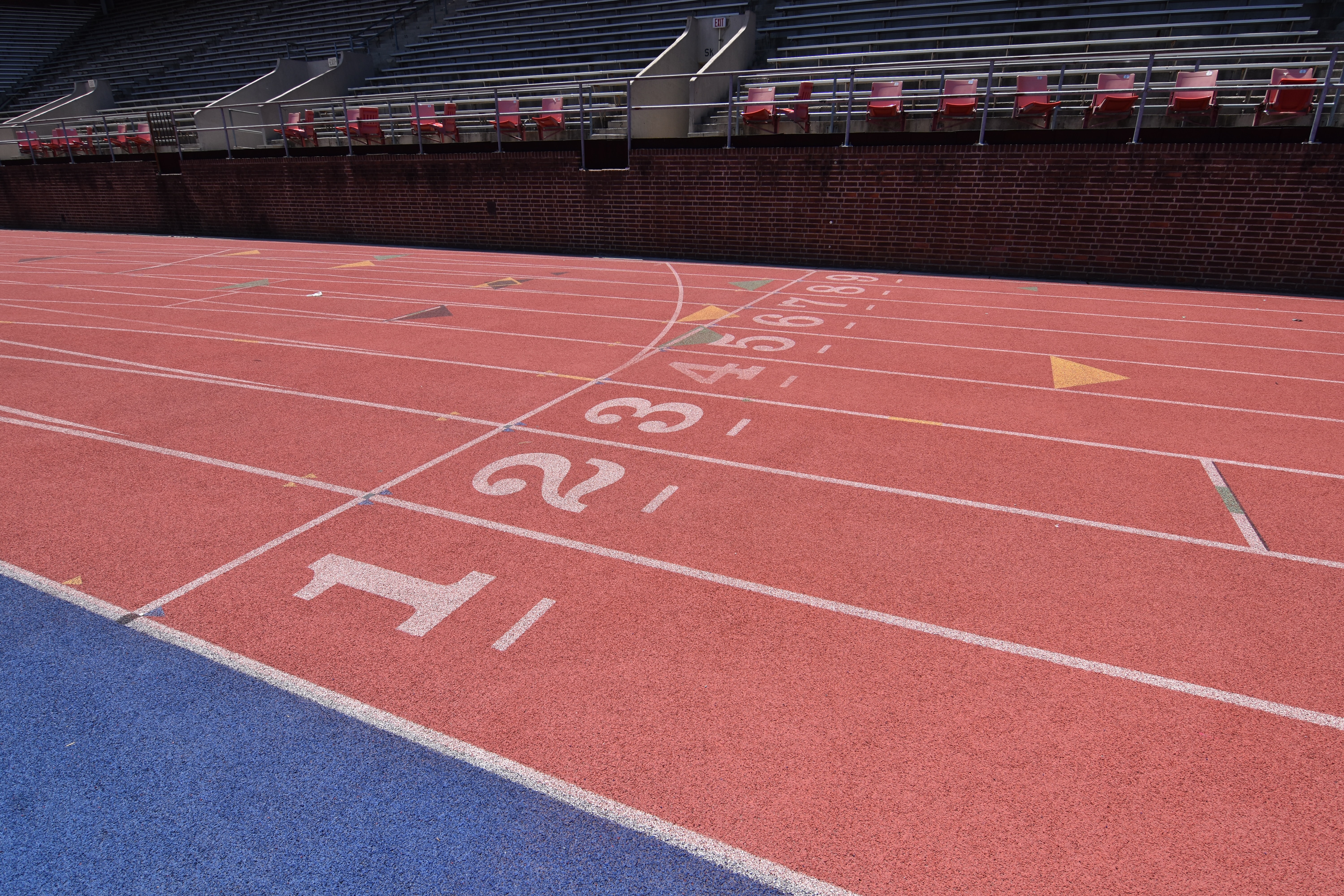 The members of the ThePinkBond knew firsthand, earlier this week, the three novelties that will arrive at the end of the month... And although the name of the collection remains a secret to the rest of the world for now, today we unveil the inspiration for the new style of Josefinas' sneakers.

The achievements of women in the most varied sports are a symbol of evolution and empowerment in a world originally restrict to men... and this was our starting point. We believe that everything we create must have meaning, and that's why this collection honors women athletes – amateurs and professionals. Thus, the three new pairs of Josefinas highlight the story of three pioneering women in three distinct modalities. 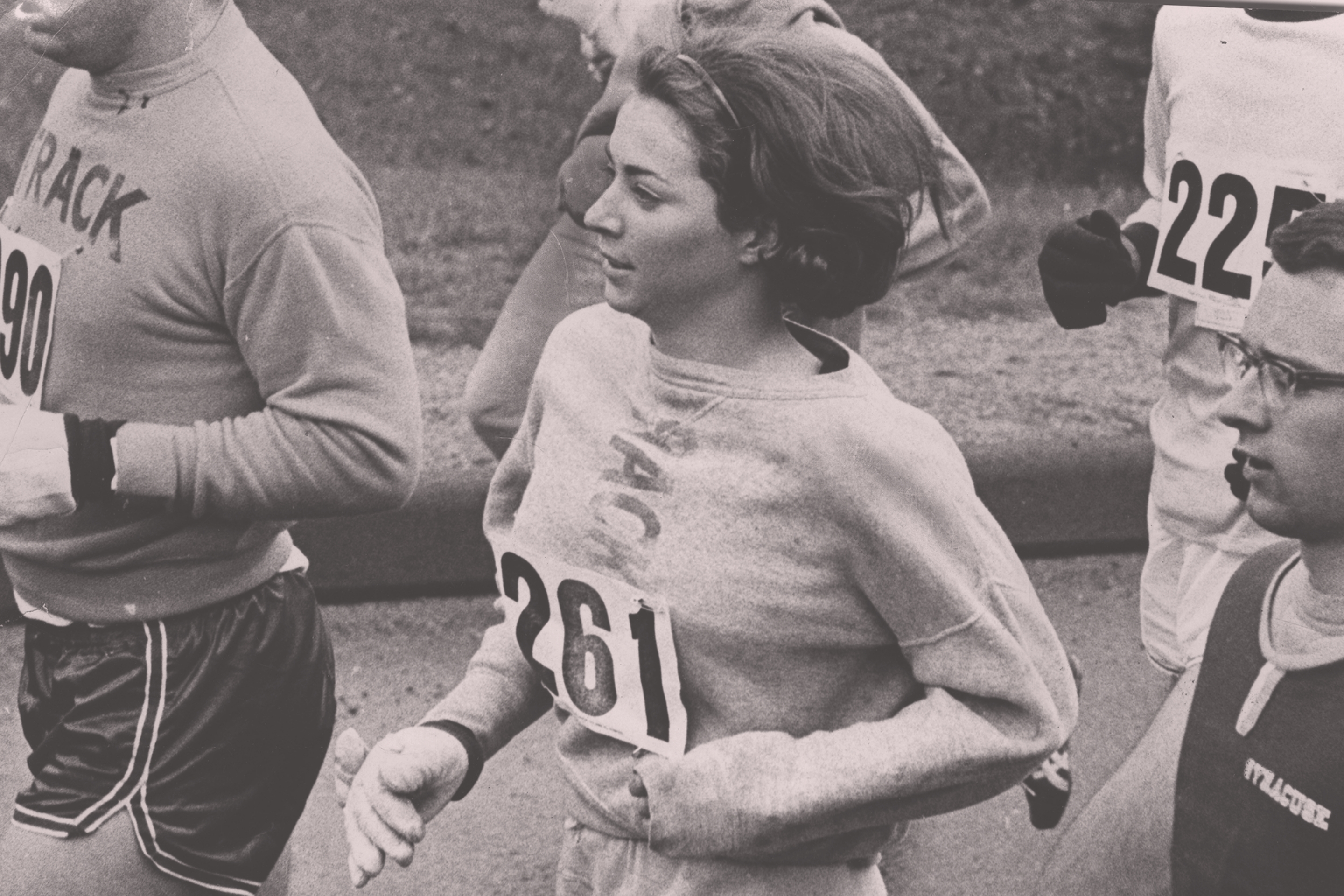 Kathrine was 19 years old and studying at Syracuse University while unofficially training with the men's cross-country team. In December 1966, on a snowy night, she was discussing with her coach, who used to tell her motivating stories about the Boston Marathon runners – but also stated that women couldn’t participate in the event.

Kathrine ran 16 kilometers a night, but her mentor insisted that the distance was too long. At some point, they agreed that if she was able to run the same distance in training, he would support her in the event.

Not only was the athlete able to run the 42 km, she suggested they run a few more miles to feel safer about the Boston Marathon. The coach agreed, and when they reached the new goal, he fainted. The next day, he insisted that Kathrine Switzer sign up for the race – together, they checked the rule book and concluded that there was nothing prohibiting female participation.

Switzer took the tests to get the physical fitness certificate and got the travel permits. In 1967, she broke the barrier and was the first woman to officially participate in the Boston Marathon, the race that, until then, was communicated to men only. Her participation revolutionized the world of sport, especially when she was physically assaulted by the race director, who didn’t like the athlete to wear the identification number. The photo of this incident became one of Time-Life's “100 Photographs that Changed the World.”

Kathrine finished the Boston Marathon, but given the discrimination she felt, she decided to use this achievement as a trigger to create change for women. She actively worked so that women could officially participate in the Boston Marathon in 1972, and later the same year she was one of the creators of the first women's road race. 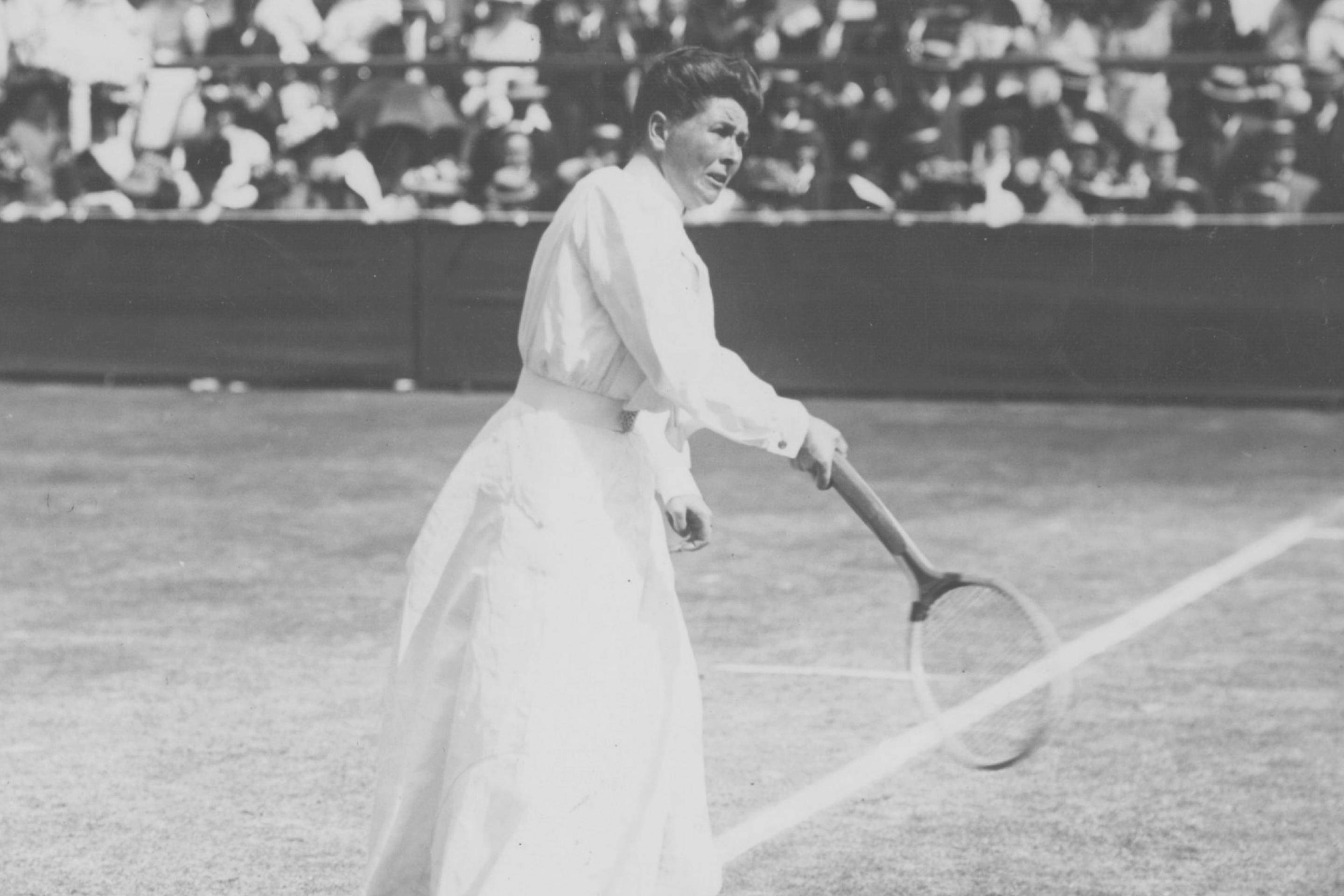 Charlotte Reinagle Cooper was born in 1870, and was a pioneer of sport. She was known as “Chattie” from a young age and gained recognition as the British tennis player who stood out for her aggressive technique and movements usually seen in men's games.

Charlotte was one of the first women to win titles at Wimbledon (five!), having faced an even greater challenge when she became deaf in 1896. However, Chattie adapted the game not to depend on sounds and was successful, even with this limitation and the lack of pragmatism of the women's uniforms required by the federation. The sporting world was full of prejudices, and this was reflected in the Olympic Games every four years.

In 1900, at the Olympic Games in Paris, some modalities (which men considered appropriate) came to include women's competition: golf, tennis, horse riding, sailing, and cricket. However, women were seen as invited athletes and were not awarded – while men received the olive wreath, women (who accounted for only 2% of the total participants) only received a certificate.

In this event, at the age of 30 and at the peak of her career, Charlotte played the singles and mixed doubles tournaments in Paris, winning both. Thus, the British tennis player wrote her name in the history of sports: Charlotte Reinagle Cooper was the first female Olympic champion. 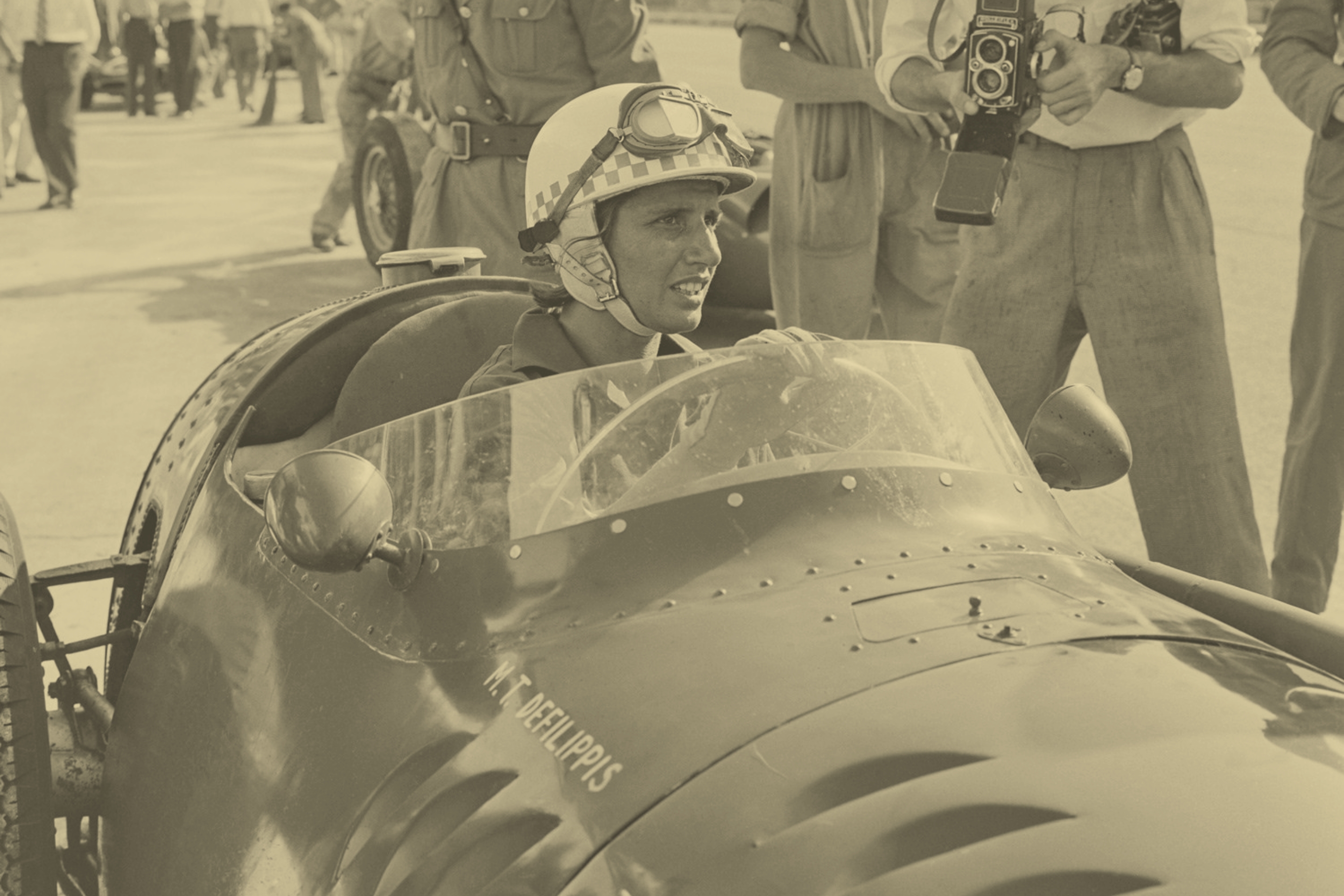 At the age of 22, Italian athlete Maria Teresa De Filippis began racing because of a bet with two of her brothers, who didn't believe that she could drive at high speed. She faced many prejudices for being the only woman in a sport that was entirely composed of men until then: motorsport. Her career was short, but during the competition, Maria Teresa was runner-up in the Italian championship and was hired by Maserati to race in the top category of world motorsport, Formula One.

Flippis tried to qualify for five Grandes Prix, four for Maserati and one for Porsche, having managed to qualify for three of them. Her best race was in 1958 at the traditional Circuit de Spa-Francorchamps, in Belgium, where she started in the 15th position and finished 10th. However, at the same year's Grand Prix in France, her gender forbid her from competing. The director of tests stated that “the only helmet a woman should wear is at the hairdresser” and took the opportunity to move her away from the sport.

Maria's career ended in 1959, saying her farewells at the Monaco Circuit. However, twenty years later, she joined the F1 Grand Prix Drivers Club (a club for former drivers), and became vice-president of the club in 1997. Later, she was also president of the Maserati club 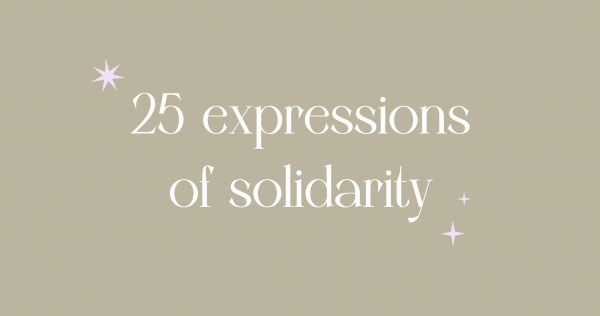 •
30 Nov 2022
25 EXPRESSIONS OF SOLIDARITY
From today until Christmas, we will be highlighting a different organization that assists both girls and women. Let's celebrate a 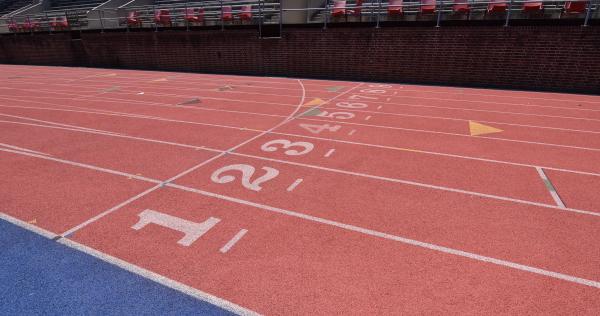 •
25 Mar 2022
3 women who changed the history of sports
Who were the women who lent their names to the new Josefinas' sneakers?

•
08 Mar 2022
International Women's Day | 12 companies founded by women that are making a difference in the world
"Imagine a world where gender equality is a reality."